on September 26, 2018
When you go into buying a house, you usually consult someone who has gone through the process: family members, friends, shoot, even your real estate agent is a great place to start. Nevertheless, it doesn't matter whom you speak with, they all will inevitably warn you about the dreaded "hidden costs" of home buying... And yet, somehow Nick (the hubs extraordinaire) and I still didn't understand the real hidden costs of home buying, which is why I'm going to list what we had to deal with, along with the prices, just to hopefully help future first-time #homebuyers out there.

That, ladies and gentlemen, is our adorable house the first day we saw it, almost three years ago. 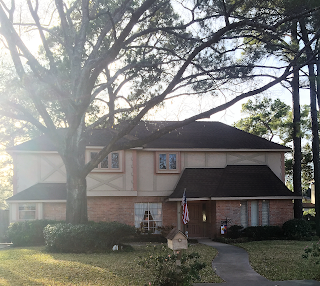 Isn't it precious (minus the dead grass patch)?

Anyway, we always knew we wanted an older home (well Nick wasn't originally on-board for an older home, but he came around) because I wanted something that had charm and character that we could make our own... Plus, when problems came about with the house, I knew it would be a lot easier to mentally grasp by saying "We knew this would happen with an older home", rather than the natural problems of a house happening with a newer home.
So lets talk about the stats of our house:
I'm pretty sure that covers the need to know, and why we fell in love with this house. It literally  checked every box we had, including needing to update/remodel. However, you couldn’t get to #renovations without first actually putting in an offer, and then closing on the house.

Word of Advice: If it's the house of your dreams, come in at asking price.

We lost two houses because we didn't come in at asking price - and obviously it worked out for us in the long run, because we found this gem (also, sidebar, when people tell you “it was meant to be” after losing what you thought was your dream home, I promise, they’re right) - but I literally cried when we lost our first "perfect" house. It was heartbreaking. Truly. However, understand that the right house will come along, one, and two? If you lose a house, it's not the end of the world; your perfect house is still out there. Something will come along. Promise.
Moving on.

So we obviously came in at asking price with this beauty, and locked into a contract within a week of it going on the market. The next step? Inspections... HELLLLLLLLO first #HiddenCosts.

I went into inspections thinking you hire one guy, he does the inspection, tells you what’s wrong with your house, you negotiate after that, and then boom, you own a house. Wrong. Wrong. WRONG!

... Okay, maybe not that wrong, because you do have one guy who comes in and checks out everything, but here's the extra hidden costs we didn't know - nor did we really think about: 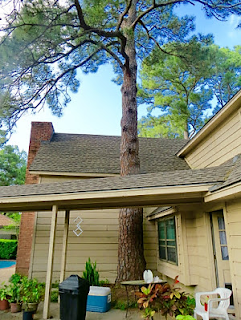 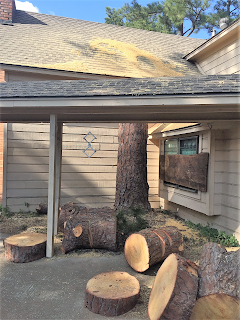 Another cost I would tell yall to look into, if your house predates 1978 and has popcorn ceilings, is to have the ceilings tested for asbestos during that Option Period. I say this, because we didn’t even think about that, and our home was full of popcorn ceilings. Literally every room and the hallways. And we did not get it tested, so asbestos or not, the house was ours.

I’ll periodically update this post with some other hidden costs as they come up and could’ve been avoided if we had known to do them during our Option Period.

Also, I'm blessed enough to have one of my best friend, Samantha, who is a real estate agent, and she's agreed to be a guest writer about giving first-time home owners other useful tips when purchasing a home, from a real estate agents point of view *yay*.

Next up, how to caulk trim and baseboards (and what not to do), but until then...
Sarah
#MeAndVinny