on December 31, 2018
Disclaimer: While there are links to the products I used, I do not get paid to post them, but I put the links for the convenience of my readers.
Sorry for the delay in posting last week. I was sick with a nasty sinus infection, so you get a New Years early present, and then I'll be back again on Wednesday with another house update. Anyway, maybe you've heard of the new wave of people who are changing their #deodorant to a more natural option? It's true, and not as scary as you think. Most people start to think about switching to a more natural deodorant when they read that a lot of deodorants have #aluminum in them, but of course I was like "Oh okay. Nice try" In the most sarcastic tone possible. 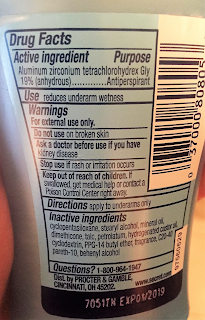 However, I went home and checked my deodorant, and sure enough, aluminum!

It didn't totally freak me out, but it was unsettling. You sweat, which means you have open pours for things to get into your body faster, which means you're directly putting aluminum on the fast-track to getting inside your body. Crazy.

I did a little more research and found that aluminum is used in anti-antiperspirants (the things that don't let you sweat), so I knew that meant if I was moving to a non-aluminum deodorant, I was more than likely - if not guaranteed - to give up my dry armpits... Damn. However, I read that eventually your body learns and curves the amount of sweat it produces, but that was to be seen.

Nevertheless, I did my research: There's pastes. There's sticks. There's powders. There's too many choices!! However, through all my quest for the right natural deodorant, I started to get scared. I was seeing all these pictures of people with discolored armpits, or even rashes/burns under their arms. I don't want that... Maybe aluminum wasn't that bad?

I tried to convince myself, but I just couldn't, once I knew that aluminum was there. For me, it's like the thing you can never unsee again. So more research.

Luckily, I found that most people who were experiencing these rashes/burns and/or discoloration was due to two main reasons 1) there was a good amount of baking soda in the deodorant formula, which for a decent amount of people can cause a rash, and 2) they immediately switched from aluminum deodorants to natural deodorants, and there's a transition period. I repeat: respect the transition period. Basically, everywhere was saying to go a week without deodorant at all and detox your pits before committing to the switch... Back up. You want me to do a full week without deodorant?! #HelloSmellyKid 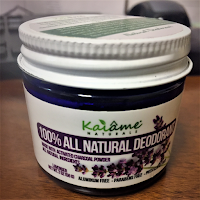 And guess what? No burns. No rashes. And even better, no discoloration. 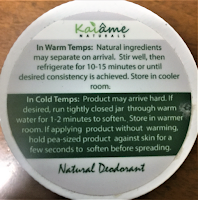 Now, I'm sure you're thinking, but wait Sarah, Secret is less money than your hippie deodorant!
But wait, are you figuring in that it took be almost three months to finish my hippie deodorant (so I'm only replacing it 4 times in a year), and I ordered it from Amazon, which means I didn't have to drive to the store to pick it up, while Secret was getting replaced every month - or every other month (so replaced 6-12 times in a year), and you have to drive to the store every time to replace it? When I look at it from that perspective, the price difference isn't big enough for me to justify going back to Secret... and aluminum.

Since my little deodorant journey began in August, I've tried giving other natural deodorants a chance, and here's what I've got so far (in order of me using them until they were gone): 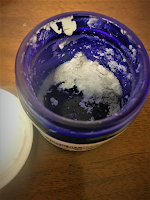 Didn't Get Answered by the Company
Overall Opinion: Definitely can stay in rotation, because I love the freshness factor and how long it lasted me, but I am not a fan of the smearing of the paste to apply.


2) #Schmidts Deodorant Charcoal + Magnesium
Order online for $9.99 from the company's website (plus $2.95 shipping) for a one-time purchase or $9.99 (with free shipping) for a subscription every two months, or order online for $9.96 (with free shipping) from Amazon (for 3.25oz), or pick up in-stores for $5.08 at Target (for 2.65oz)
Pros
Cons
Overall Opinion: Definitely can stay in rotation, because I love the stick factor and the freshness all day, but the sandpaper feeling when applying it makes it hard to love. 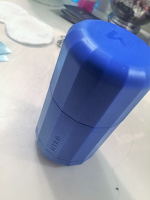 3) #Myro Deodorant Big Dipper
Order online for $10.00 (but I used Promo Code: Twilight to get 50%, which was provided from TwilightChic's vlog review of Myro on YouTube) with free shipping
Pros
Cons 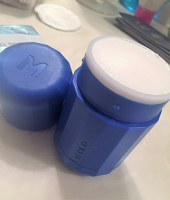 Didn't Get Answered by the Company
Overall Opinion: I really - I mean really - wanted to love this deodorant from the stylish and refillable case, to the lovely smell, but the combination of the wet-feeling when applying and then the lack of freshness in a matter of hours, I had to cancel my subscription and won't be purchasing again.


Those are the three I've tried so far, and I'll probably try in increments of three for each post. I'm hoping that I find one that I absolutely am head over heels for (and I can tell you guys about), but until that happens - and as long as I think the next one will be better - I'll keep trying them all. I'll update periodically about my quest for the perfect natural deodorant for me, so look out for those updates ;)

Side Note: I want to thank each company's customer service department for answering my questions in regards to their products (i.e. if they're vegan, recyclable, etc.).
Minimal Waste and Feng Shui