on April 03, 2019
Disclaimer: Some of the pictures that I used are not my own, and if they aren't my own, I put the link to the source that I found them at below the picture.

And we're back with kitchen remodeling!

With our upper #cabinets removed, the next process was to tackle the peninsula we had in our kitchen. 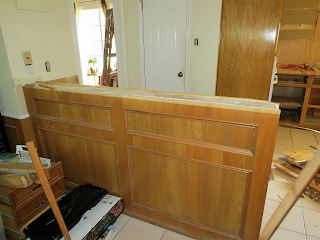 We knew we wanted an #island - most people do - but our concern was our spacing made it so that we weren't able to have that dream large island, so the next question was "Is it going to be so small that it's not worth it?"

We played with the idea of flopping the #peninsula so that instead of it being on the left side (if we're looking into the kitchen), that maybe it should be on the right side, extending from the range area. However, that idea got tossed into the pile of "what if"s that was accumulating with our project, because the right side of the kitchen is also the door to the laundry room that leads to our outside, so the traffic created there would be awkward with a peninsula there and people trying to get into the kitchen.

Needless to say, there was a lot of "what if"s when it came to our island/peninsula dilemma... 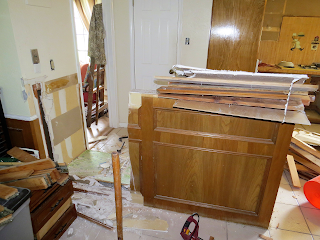 In Vinny's mind, the most logical thing was to cut the peninsula off of the left wall, and leave the remaining part for a couple days in order to live with the island idea and see if we preferred that width, or if it felt too small.

... After living with it for about a week, we knew the island life was for us. (in more ways than one, but vacations are hard to take and do a kitchen remodel. Moving on).

The island was decided upon, so now it was a matter of determining how wide we could go without being crowded, and then how deep we could go without cluttering the kitchen and/or dining room space. A great resource that I used when trying to comprehend measurements for our kitchen was Star Craft Builders. They have the most handy-dandy page for any type of measurements you could think about with a #KitchenRemodel. According to them, you need a minimum of 36 inches of space in your walkway to be comfortable, with preferably at least one side being 42 inches wide.

In our initial plans with #PremiumCabinets (you can read my review of them in this previous post here), we had figured for 42 inches on one side of the island and 36 on the other side. So we were good there. We also had figured for a 48 inch (or four foot) wide island, with 24 inches deep (or two feet), which according to This Old House is the minimum you should consider for an island. 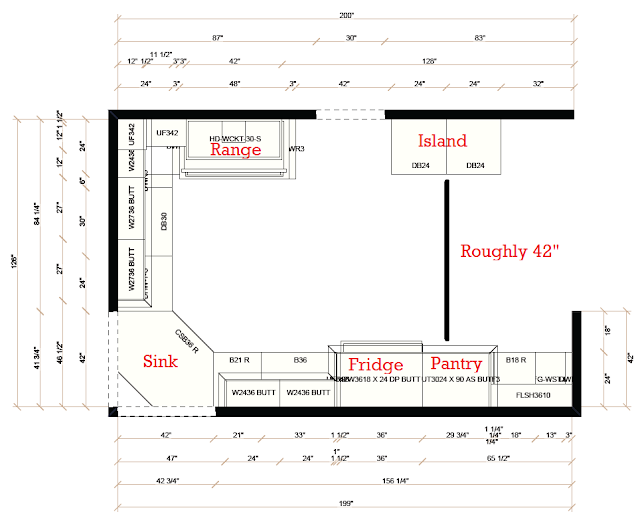 The next factor we needed to consider was the spacing between the #pantry to the island. Obviously we wanted to get as much space out of our island as possible, but we didn't want it crowding the rest of the kitchen. The point of the kitchen was to be open and easy to move through, unlike what it was before. 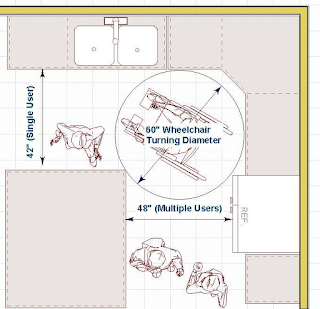 According to #StarCraftBuilders, there needs to be a minimum of 42 inches for a single person, and 48 inches for multiple people, between the island and the cabinets. And referencing back to our initial plans with Premium Cabinets, we had roughly 42 inches of space from where we planned on putting the island to the front of the pantry. Not ideal, because Nick and I both love to cook, so the 48 inches is preferable for us, but doable.

Our measurements were set for our island, and we felt good about it. Genuinely.

The next step was actually removing the entire peninsula from the kitchen area, and really getting a good look at underneath it.

We determined that the peninsula was probably set directly on to the slab of the house, and then the flooring was pushed up against it, a molding was added, and then it was finished. This meant, we would probably have to pour concrete back into the hole of where the peninsula used to be.

With a little demo, the peninsula was officially gone, and there was so much room for activities in the kitchen now #StepBrothers 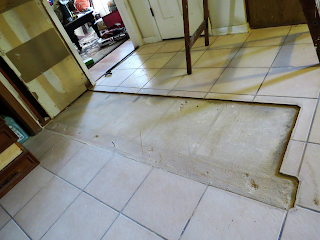 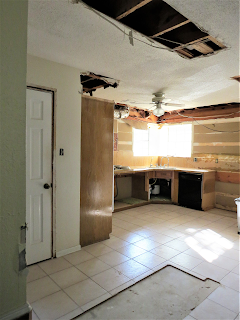 Now everyone knows that once renovations start happening, and things actually start getting installed, sometimes things slightly change (hello weird corner cabinets by the range dilemma, which you can read about here), so when I finally do the reveal of our kitchen, I'll show you whether these measurements held up to our initial plans or not, and why.